A detached accessory dwelling unit or DADU in California

It’s no news that even as job numbers are on the rise, and the economy is firing on all cylinders, a housing and homelessness crisis continues to grip California. There are several reasons for this.

Jobs, jobs, jobs. Home to Silicon Valley, the state has experienced a burst of economic opportunities and the inescapable influx of workers. The supply of housing hasn’t kept up with the demand, rent and home prices have skyrocketed, and many of these same workers, as well as native Californians now cannot afford decent housing. If you follow the news or social media, you’ve doubtless seen photos of RVs lining the streets of Mountain View.

Yet, given the surging demand for affordable housing, these little units can be a worthwhile investment.

Not In My Backyard (NIMBY) In most metropolitan centers of the state, dense residential developments are next to impossible due to zoning laws that hamper development in the name of preservation of neighborhood character. For example, in Los Angeles and San Jose most of the cities’ land that is zoned for residential construction is set aside for single-family homes.

Proposition 13. Enacted in 1978, Proposition 13 restricted residential property taxes. Over time, as the measure has remained relatively popular in the state, many cities began to favor commercial developments, which could draw in higher tax revenues. As a result, the growth rate of commercial developments increased at the expense of residential projects.

Earthquakes, fires, floods. Every year, recurring natural disasters are draining the state’s housing stock and putting a strain on the construction industry as it’s struggling to keep up with the demand and labor shortages. As a result, construction and retail prices are sky high, and as natural disasters intensify, some less expensive, non-urban areas may become off-limits for development.

Despite its reluctance to liberalize zoning laws, California has turned to accessory dwelling units (ADUs; also known as granny flats and in-law suites) to address the housing crunch.

AADUs are a part of, or are physically connected to the primary dwelling. They can be built as additions or converted from existing, unoccupied space like a garage or a storage room.

DADUs can either be newly constructed on the same lot as the primary dwelling or converted from an existing accessory structure, such as a detached garage or storage shed.

JADUs are small living units with an area of up to 500 square feet, typically created by adding a kitchenette and an exterior door to the existing master bedroom of a house. Alternatively, a smaller bedroom may be extended, and a bathroom can be added to create an independent dwelling unit. The required kitchen is limited to a wet bar-style kitchenette with a small sink, a 1.5 diameter drain pipe, and microwave and/or induction oven rather than full appliances.

A garage converted into an accessory dwelling unit (ADU).

Given these limited requirements, and as the bedroom doesn’t need to be converted, JADUs are by far the simplest and most accessible ADU to construct. Yet, given the surging demand for affordable housing, these little units can be a worthwhile investment. If you’d like to find out what your design options are, our engineers at Design Everest can help.

Regardless of the type, ADUs are small in size, relatively modest in cost, and the financial incentive for property owners have made them an appealing option for increasing population density without making significant changes to neighborhood character.

In 2016, a bill from the State Senate brought pivotal changes to ADU regulations. The legislation loosened parking requirements, limited utility connection fees, and allowed Junior ADUs (JADUs) - units that are 500 square feet or less and are fully contained within a dwelling’s footprint. These changes led to a statewide surge in ADU construction. Los Angeles, for example, saw a whopping 3,500% increase in ADU permit applications, from 117 in 2016 to 4,171 in 2018.

Between 2018 and 2019, several additional bills were enacted to further promote ADU construction. These allowed ADUs to be built concurrently with the main dwelling, opened all single-family use zoning districts to ADUs, and paved the way for the legalization of unpermitted units.

Then in 2019, the state legislature passed the most sweeping package of ADU bills to date. Below are the main takeaways of the recent changes.

With the new bills in force, the floor area of attached ADUs is limited to 50% of the main dwelling, while detached ADUs can not be larger than 1,200 square feet.

In a key development, new legislation will allow ADUs to be built in areas zoned for multifamily residences. Once the laws come into effect, multi-dwelling lots will be allowed 2 DADUs, as well as multiple AADUs with a total floor area equal to 25% of the combined area of existing multifamily units. Single-family lots can have one DADU or AADU, and one JADU, if stated conditions are satisfied.

Once the new laws become effective, minimum setbacks - the clearances between the lot’s property line and structures on the lot - will be 4 feet for newly built ADUs.

As with most building activities, ADU construction requires permits. Previously, building departments had 120 days to approve or deny ADU permits. With the new laws in place, however, the processing time will be cut to 60 days. If an agency fails to approve or reject an ADU application within this time, the application will be deemed approved by default.

Current regulations require the owner of the primary residence or the ADU to live on the lot where the ADU is located. The new legislation suspends this requirement until 2025.

Municipalities levy impact fees on developments to offset the cost of infrastructure upgrades necessary to accommodate them. With the new legislation, local agencies may only charge impact fees on ADU developments with an area larger than 750 square feet.

With the wave of new, favorable legislation facilitating ADU construction, now is a great time to capitalize on all the opportunities these little units can provide. If you’re thinking about building an ADU on your property, Design Everest can help. Contact us now and we will provide you a FREE Quotation with a quote. We also provide virtual on-sites and virtual consultations. 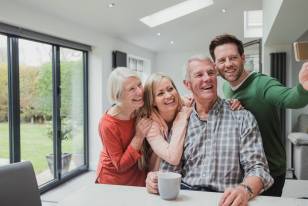 What is the California ADU Program and its Benefits?

Sasi K
Loved it? Share with others
designeverest.com/lounge
What is the California ADU Program and its Benefits?
By Sasi K, Design Everest
29th Jan'20 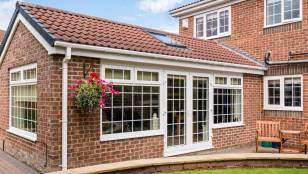 How can you increase your home space

Margaret D
Loved it? Share with others
designeverest.com/lounge
How can you increase your home space
By Margaret D, Design Everest
10th Feb'20 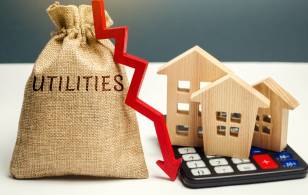 How to Save Money on Your Utility Bills

Nick P
Loved it? Share with others
designeverest.com/lounge
How to Save Money on Your Utility Bills
By Nick P, Design Everest
13th Feb'20 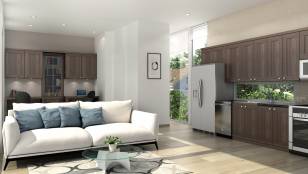 What’s it Like to Design and Build Your Own House from Scratch?

Nick P
Loved it? Share with others
designeverest.com/lounge
What’s it Like to Design and Build Your Own House from Scratch?
By Nick P, Design Everest
27th Feb'20 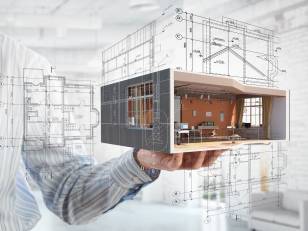 Designing the First Draft of a House Plan

Nick P
Loved it? Share with others
designeverest.com/lounge
Designing the First Draft of a House Plan
By Nick P, Design Everest
17th Mar'20